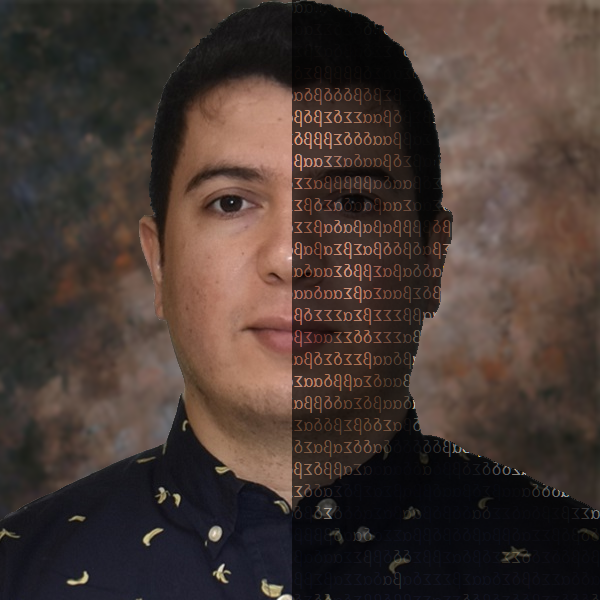 I am Reza Jooyandeh (Mohammadreza Jooyandeh when I was in the academic community). It is a Persian name natively written as رضا جوینده which means elation (Reza) & searcher (Jooyandeh) and roughly pronounced as [rezäː 'ʤuːjændeʰ] in International Phonetic Alphabet. My pronounces are he/him/his, but you can also call me gurrrl.

I have learnt that big organizations can become platform for personal growth, a way to practice and learn the skills that I would like to have. By days, I am leading the team of amazing engineers @ Microsoft that craft the developer experience of APIs and SDK of Azure Communication Services. Our platform is built on the services that power Microsoft Teams and Skype and empowers developers to build communication features into their apps and services. Prior to that, I spent a few years, building Microsoft Sticky Notes and bringing Fluid framework to OneNote.

At core, I am a huge nerd 👨‍💻 and in my natural habitat, I make dad jokes. I love teaching and through Science World, I go to different schools where I get to show the kids the magic 🔮 and joy 🥳 of Math and Computer Science.

By now, probably you've figure out that my background is in Math and Computer Science. I did two bachelor's degrees, one in each. Followed by a master's and a PhD in Computer Science where I spend most of it focusing on Computational Graph Theory. As a PhD student I was working on isomorphism testing of plane graphs and isomorph-free exhuastive generation of graphs under supervision of Brendan McKay. Below is a totally unaltered 🤐 picture of the two of us. 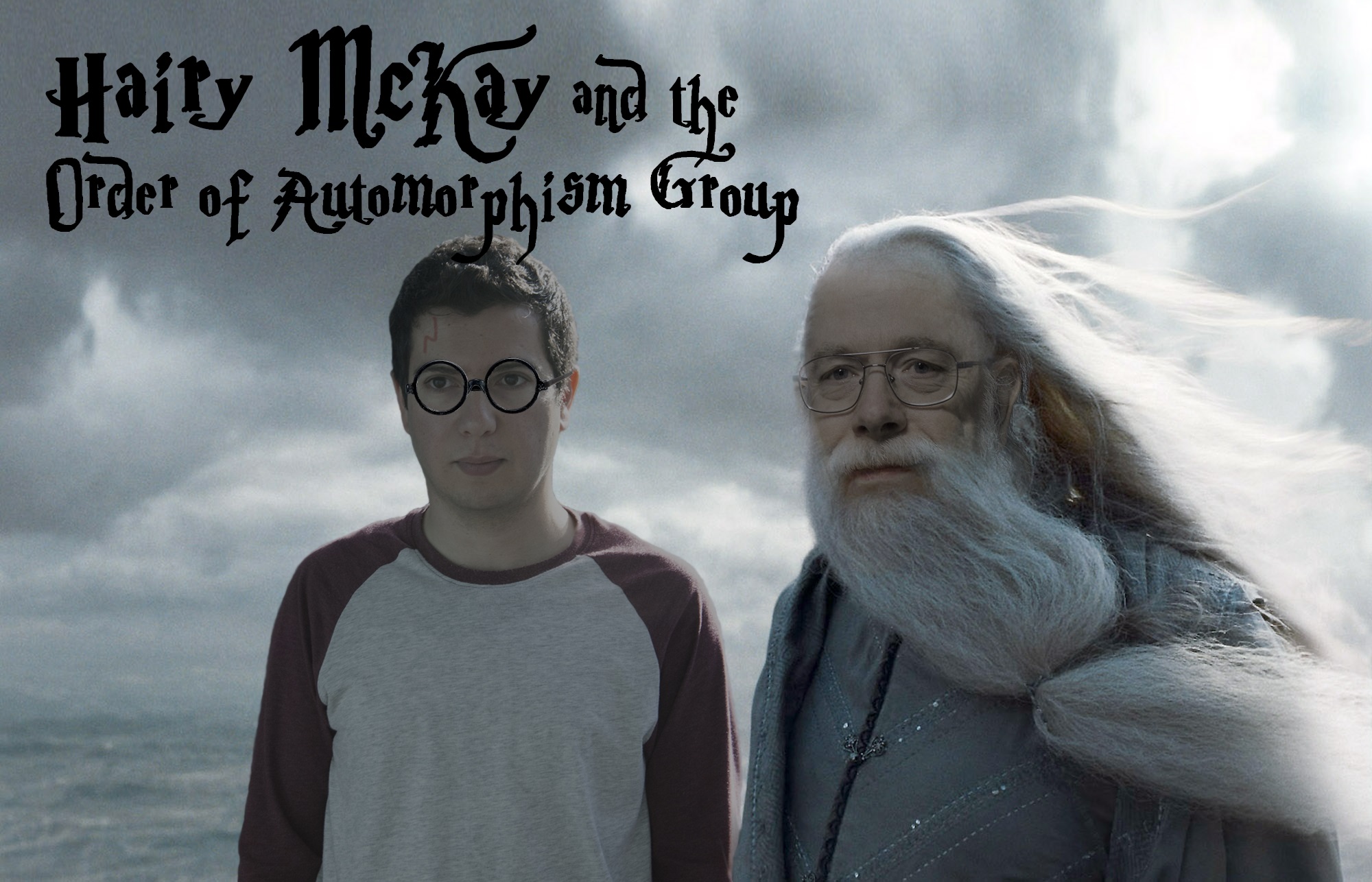 People who are close to me know that I write code for things that maybe I should not. I tend to write code where it works better than me like online dating 😋. I was invited by SCWIST, Society for Canadian Women in Science and Technology, to give a talk and I dedicated a part of my talk to how I hacked online dating to find 💖. Here is the full version:

My Erdős number is 2

The Erdős number describes the "collaborative distance" between mathematician Paul Erdős and another person, as measured by authorship of mathematical papers.

Looking at the graph below you can see why my Erdős number is 2: Reza Jooyandeh ► Brendan McKay ► Paul Erdős.

Where do I come from?

Having born in Iran, and lived in Asia, Oceania, Europe and North America, I consider myself a citizen of the world (so earthist 😁) earth. But I need to live in Africa, South America and Antarctica to truly be one, but I guess one 🦶 at a ⌛.

Jun 2007: 🥇🎓 Top GPA amongst M.Sc. Students in All Majors of Amirkabir University of Technology, Iran.

In 2014, I moved to Vancouver and started working at Microsoft where I had the pleasure to work with some amazing people on several awesome projects:

Seeing AI helps people with visual impairment or blind to "see" the world around them. I have been the coach of the amazing team of interns who were working on this projects. The video below about Seeing AI was featured in the Keynote of //build/ 2016 conference.

This project started as a hackathon project in the Vancouver office and after expanding cross border and collaboration with Natural Language Processing team of Microsoft Research, Accessibility and several other amazing teams in Microsoft, ended up winning the grand prize of the worldwide Microsoft //oneweek 2015 hackathon. Learning Tools for OneNote help everyone improve their reading and writing skills, including gifted learners, students with learning differences or a combination of any of the broad range of unique student abilities.

I was a coach for the team of interns that built Write Ideas, an app for iOS that focuses on alleviating the difficulty of getting started on book reports, essays and more. It does so through guided prompts and exercises, including speech-to-text and drawing features. 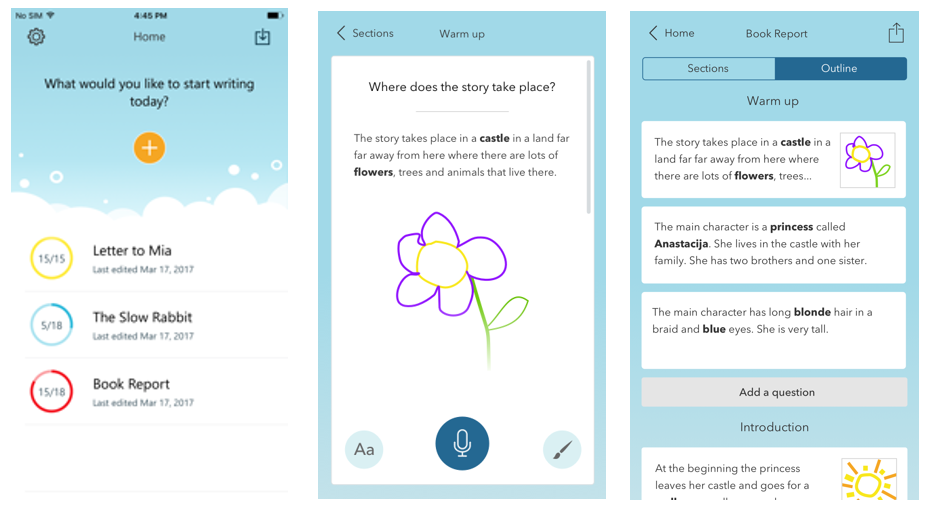 Sticky Notes are the simple way to quickly save something for later, so you can stay in the flow. With Sticky Notes, you can create notes, type, ink or add a picture, add text formatting, stick them to the desktop, move them around there freely, close them to the Notes list, and sync them across devices and apps like OneNote Mobile, Microsoft Launcher for Android, and Outlook for Windows. 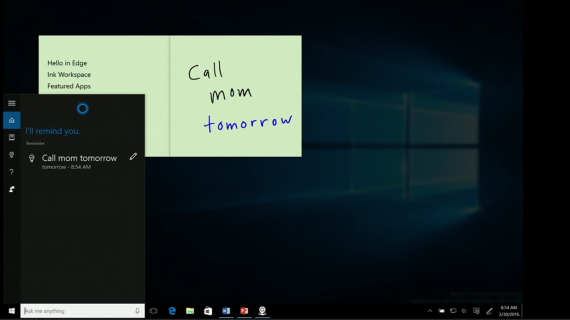 Microsoft OneNote is a comprehensive, cross-platform, collaborative note taking app with the support of stylus and deep integrations with Office suite. I used to work in the Storage, Sync and Collaboration team of OneNote. Also as a part of an internal hackathon project I worked on detecting shapes in OneNote which was later picked up by one of our team and is now officially released. 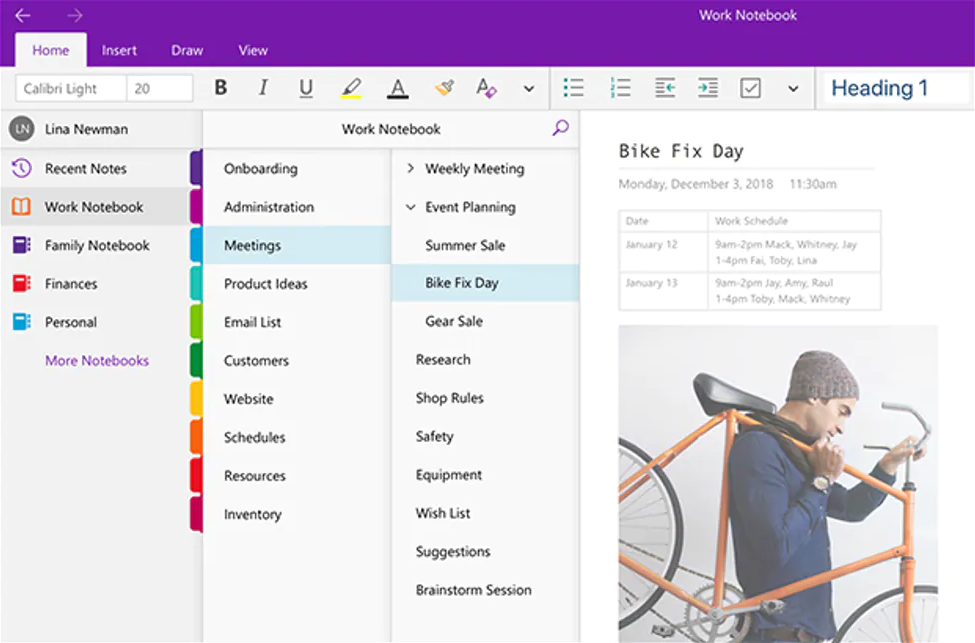 Azure Communication Services is a platform with rich communication, video, and SMS APIs for deploying applications across any device, on any platform, using the same reliable and secure infrastructure that powers Microsoft Teams.
Before Microsoft

Back in 2005-2008 I was working in a startup, Sourena Software Group, which I was a co-founder of and I got to work on some amazing projects including a smart stock trader and a word processor for some Braille embossers to be used by the division for the National Organization for Blind of the Ministry of Education of Iran for printing books in Braille to be used in schools nationwide. Speaking of Braille, here is how my name looks like in Braille: